Almost since he first stepped foot on campus, Connor Toohill ‘14 has been putting his entrepreneurial and innovative mind to work toward solving society’s most pressing issues. As a freshman at Notre Dame, Toohill co-founded NextGen Journal, a collegiate media publication uniting students from dozens of universities. Though his professional journey took a different path, the experience, along with Toohill’s penchant for leadership, helped him realize that he was capable of creating something special.

As Toohill’s focus shifted from journalism to social enterprise, he began working closely with professors Matt Bloom and Rev. Dan Groody, C.S.C., ’86. The trio created an elective at Notre Dame called “The Heart’s Desire and Social Change,” which Toohill described as one of the most influential moments of his Notre Dame experience. The course discusses meaning, purpose, and career discernment “through the lens of faith and science,” helping students discover career paths that most align with their values.

“That’s where I fell in love with material related to well-being and spirituality,” Toohill says.

After graduating from Notre Dame, Toohill spent three years teaching entrepreneurial leadership in South Africa through the African Leadership Academy. Though he would love to return and do the program all over again, Toohill insists that it wasn’t always easy.

“(I) really had a rough first six months when I first arrived. Everything changed in my life at once,” said Toohill. “I fell into a cycle of a lot of anxiety.”

To persevere through those challenging times, Toohill took up tools like meditation, prayer, and journaling. As his time in South Africa concluded, he realized how impactful those practices were for him — and how impactful they could be for others.

So, Toohill set out to create a way to provide that help, co-founding Ritual with Bloom in December 2018. Ritual, a “ holistic and personalized well-being app,” emphasizes that there is not a “one size fits all” approach to mental health. The app synthesizes the well-being practices Bloom had studied in the Wellbeing at Work Research Program — a research initiative he led at Notre Dame for over a decade — to help its users “feel grounded and inspired every day.”

For Toohill, fulfilling that goal means a lot of work. There are six members of Ritual’s core team and a handful of partners who share daily well-being practices on the platform. As with any startup company, there is a lot of work to be done in a short amount of time.

“But most importantly, a couple times a day, I take out five to 10 minutes and engage in one of our practices. Those experiences will center me,” he says.

Ritual includes a wide variety of practices in order to personalize the experience for users. In addition to its core team, Ritual also includes advice from special partners such as nine-time NBA champion player and coach Steve Kerr. The app sorts its practices into five categories — daily well-being, resilience, self-integrity, meaning, and connectedness — so that users can select the tools to help them meet their specific well-being needs. The app is free to download, although users can gain access to even more resources by upgrading to its premium package, which costs $7.99 per month and includes a free one-month trial. Thousands of people have enjoyed the app enough to invest in the premium package, while Ritual overall has tens of thousands of listeners, according to Toohill.

Creating Ritual would not have been possible without Professor Bloom, who not only mentored Toohill during his time as a student and co-founded Ritual, but also currently serves as its Chief Science Officer.

“He realized the power of this material. He has been incredibly active at every phase of building this company,” says Toohill. Bloom, who has been at Notre Dame since 1996, is also one of the leaders of the “Core Rituals” section that headlines the app, providing daily insights into what it means to live a joyful life.

Even though mental health is becoming a more common topic in daily life, it can still be difficult to open up about, which Toohill recognizes. “The first thing I would say is this is normal. We all face well-being needs and we’re all going to face challenges along the way. It’s normal. The best thing (you) could do is just start taking small steps (to improve well-being).”

Though the company remains relatively young, it is already making an impact. Bloom was recently awarded the 2022 1st Source Bank Commercialization Award for his work in well-being, winning a $25,000 prize. Additionally, Toohill was featured as a 2022 Domer Dozen honoree, a group selected annually by the Notre Dame Alumni Association and YoungND group that best exemplifies a commitment to faith, service, learning, and work. Ritual has also earned a stellar 4.8 out of five stars with over 1,500 ratings in the App Store.

As Ritual’s description on the App Store says, “You deserve to thrive.” It took some time for Toohill to thrive after leaving Notre Dame. But he found his purpose through his highs and lows in South Africa. Now, working on his most passionate project, Toohill is indeed thriving.

“(Ritual) is the thing in the world I most want to figure out how to build,” he says.

One practice and one moment at a time, Toohill is well on his way to doing just that.

In the same way that those with disabilities deserve equitable access to education, housing, and transportation, Adams believes that having access to outdoor, adaptive recreation is no different.

Lenzen’s hard work and dedication arise from a deep passion for gender equity in STEM. 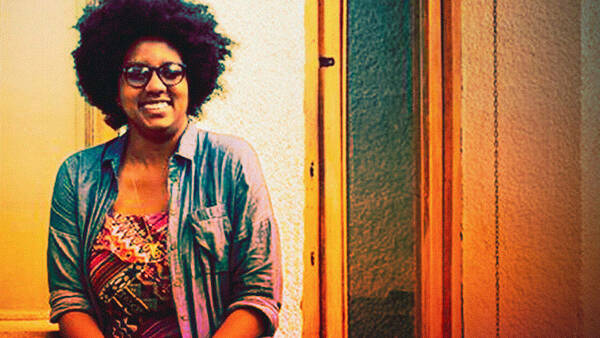 Geraldine Mukumbi ’16 left her native Zimbabwe to come to Notre Dame in search of a kind of academic freedom. Still entertaining aspirations of a “practical” future, the Hesburgh-Yusko scholar entered as a finance major. But her heart was always with the arts.